If you have already flashed the bootloader, the second stage can be upgraded in three steps:

Now your bootloader is upgraded and your application is restored.

This section describes upgrading the second stage using the Bluetooth connection OTA and a Bluetooth in-place OTA DFU type Gecko Bootloader. You also have to upgrade to stack version 2.7 or later. Note that if you already have an older stack version running on the device, upgrade is necessary.)

If you have already flashed the bootloader, the second stage can be upgraded in four steps:

During the OTA process the device resets itself twice, so there is no need for user interaction. After the OTA update, your bootloader is updated. You can check its version in the system_boot event of the Bluetooth stack or in the Gecko Bootloader version characteristic of the Silicon Labs OTA service (see AN1086 ). 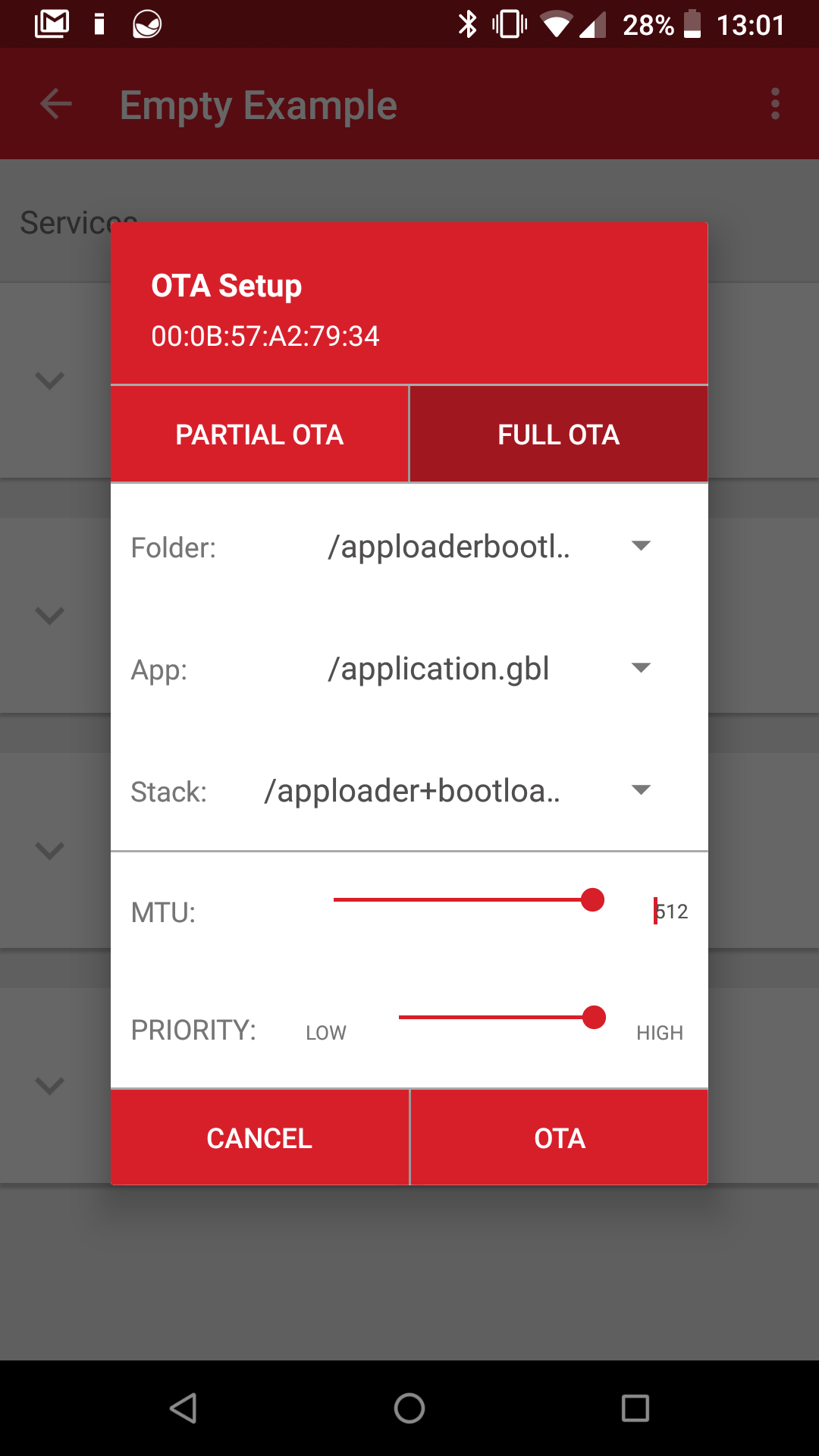 The following section discusses the special case when you want to upgrade your Gecko Bootloader via Bluetooth with an image that has a different slot configuration than the previous Gecko Bootloader you used on your device.

The following workaround can be used to solve this issue:

The final bootloader can be configured as expected, but make sure that its version number is N+2.