The Silicon Labs Bluetooth stack provides multiple APIs for the developer to access the Bluetooth functionality. Three modes are supported: 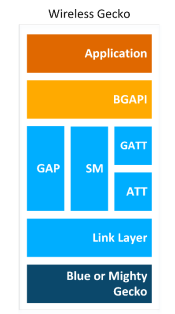 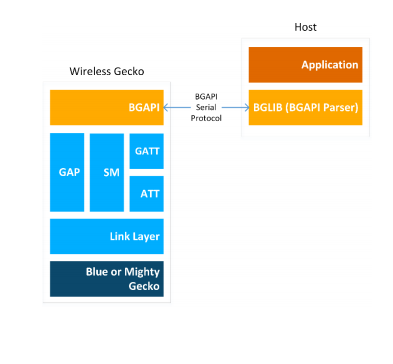 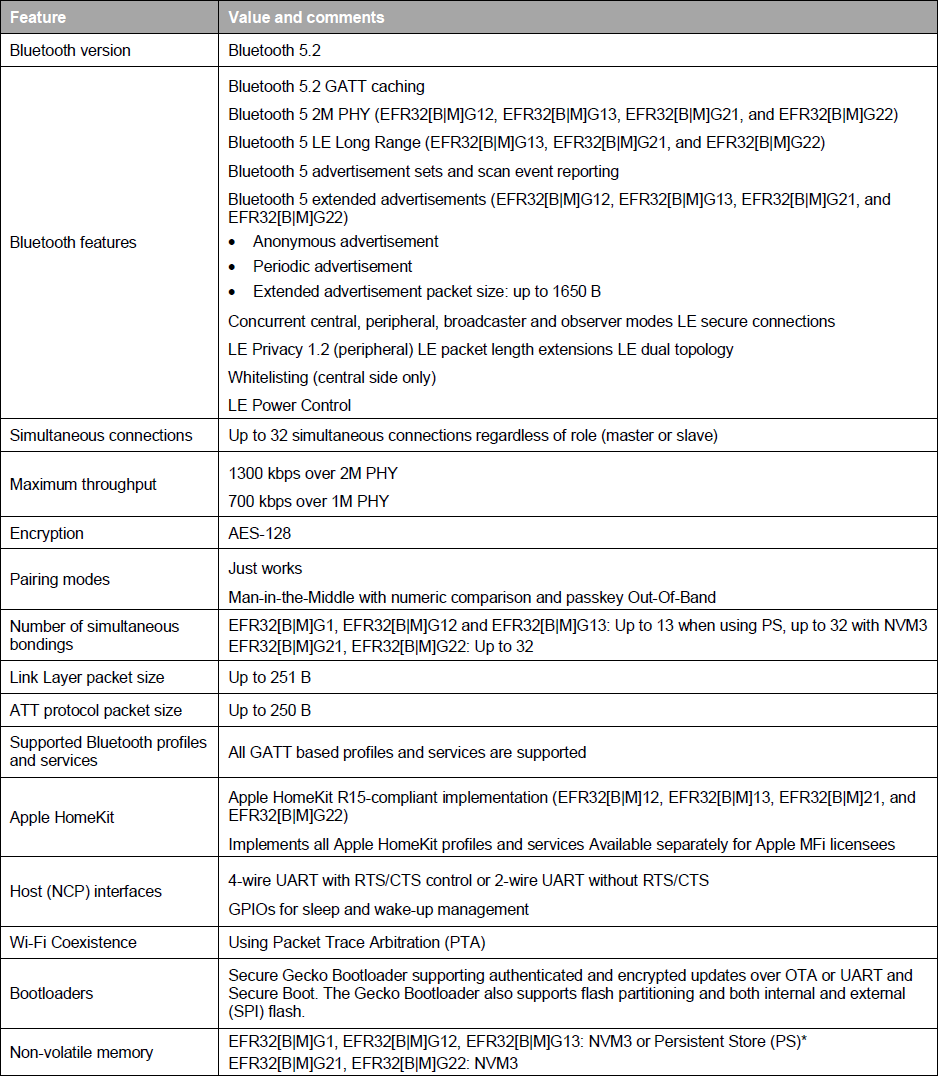 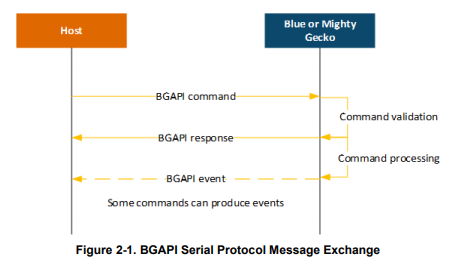 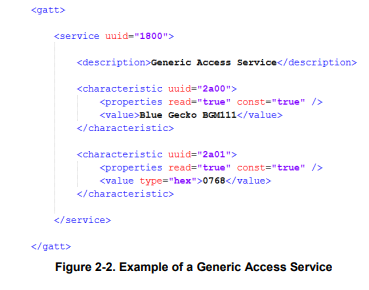 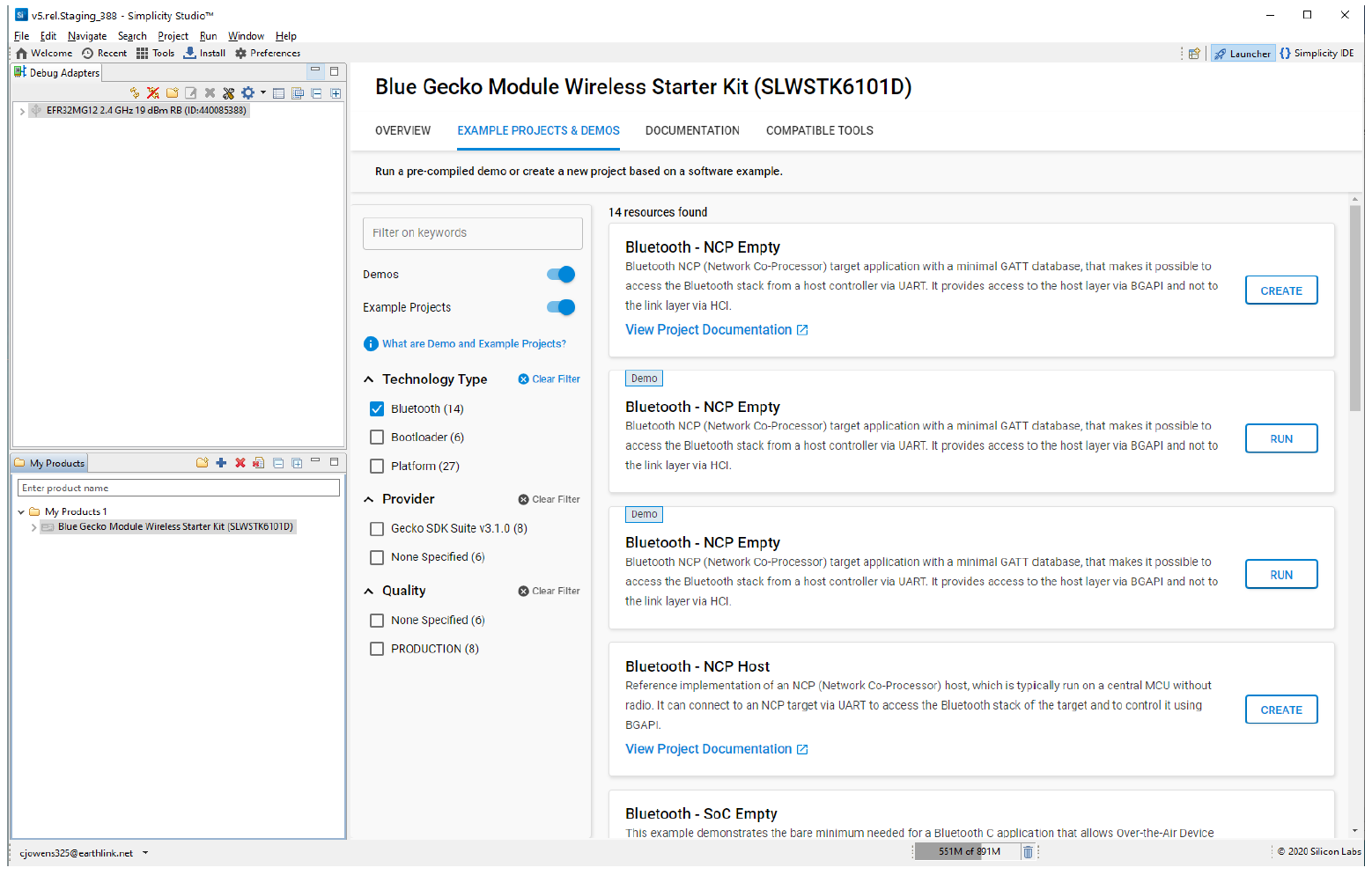 UG103.14: Bluetooth LE Fundamentals - Offers an overview for those new to the Bluetooth low energy technology.

UG438: GATT Configurator User's Guide - Describes how to use the Simplicity Studio 5 GATT Configurator, an intuitive interface providing access to all the Profiles, Services, Characteristics, and Descriptors as defined in the Bluetooth specification.

AN1328: Enabling a Radio Co-Processor using the Bluetooth Controller and HCI Functions - Gives a short overview of the standard Host Controller Interface (HCI) and how to use it with a Silicon Labs Bluetooth LE controller.

AN1362: Amazon FreeRTOS Architecture and Sample Applications - Summarizes Amazon FreeRTOS components and sample applications, and explains how to use the examples to communicate with the Amazon Web Services (AWS) cloud with a smart phone app.

AN1366: Bluetooth LE Use Case-Based Low Power Optimization - Describes how to exploit the different features of Bluetooth technology to achieve the minimum possible energy consumption for a given use case.

AN1296: Application Development with Silicon Labs' RTL Library - Describes the sample applications provided to demonstrate the directing finding capabilities of Bluetooth 5.1. Angle of Arrival (AoA) estimation is demonstrated with the use of Silicon Labs' Real Time Locating (RTL) library.These techniques are applicable to the EFR32MGx and EFR32BGx series.

AN1297: Custom Direction-Finding Solutions using Silicon Labs' Bluetooth Stack - Bluetooth 5.1 makes it possible to send Constant Tone Extensions (CTEs) in Bluetooth packets on which phase measurements can be done. This guide is for those implementing custom applications that take advantage of phase measurement and antenna switching capabilites.

UG514: Using the Bluetooth Direction Finding Tool Suite - The Bluetooth Direction Finding Tool Suite is meant to ease development with the Silicon Labs' RTL library. It provides multiple tools to configure the system, and also helps the development with analyzer tools that calculate many output parameters from the observed IQ samples.

AN1317: Using Network Analyzer with Bluetooth Low Energy and Mesh - Describes using Simplicity Studio 5's Network Analyzer to debug Bluetooth Mesh and Low Energy applications. It can be read jointly with AN958: Debugging and Programming Interfaces for Customer Designs for more information on using Packet Trace Interface with custom hardware.