While developing with Silicon Labs Bluetooth SDK, use the API gecko_cmd_le_gap_bt5_set_adv_data() to set the advertisement and scan response data. Data has a standard format, whereas the data passed to above API is raw data uint8array. This document focuses on adding a middle layer between user application and the Bluetooth stack API to set the advertisement payload, which makes the payload more straightforward, visible, and easier to understand.

Below is the architecture of the advertisement constructor, which is developed on the latest Bluetooth SDK - v2.12.4. It can also be used on other versions of SDK directly or with simple modifications, depending on the specific SDK version.

The app.c and app.h files are in the attachment. You can drag and drop them onto a "soc-empty" example and it should build and work if programming to a board. Two functions are introduced in the files: 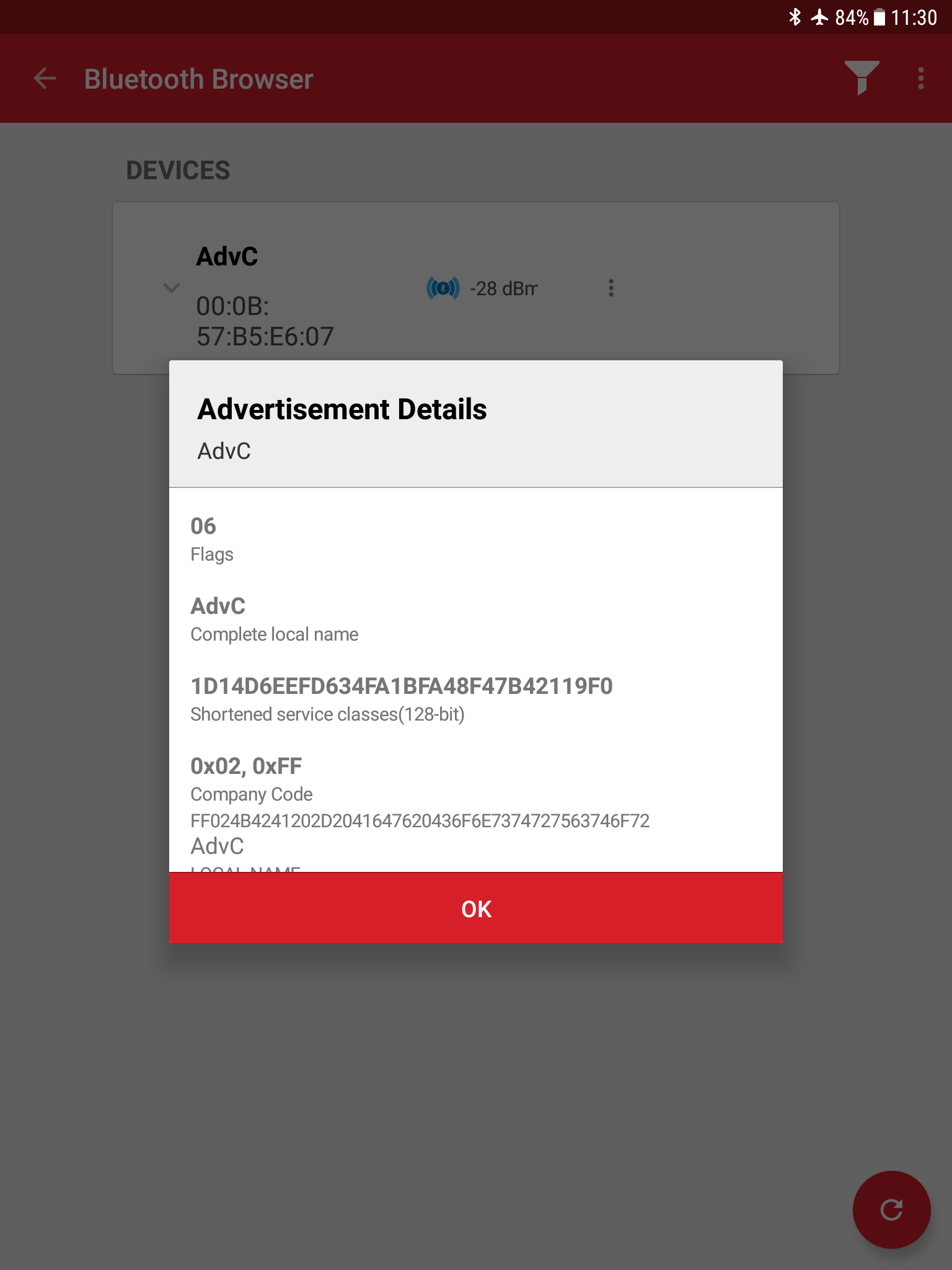 Use and Import your Project

Below steps assume that users need to import the project from scratch. If you already have a project, you will not need to create a new one for importing. You can copy the functions to your project.