This example demonstrates the periodic advertising feature of Bluetooth 5, detailed in the Periodic Advertising User's Guide. The example consists of two projects, one for the advertiser and one for the scanner.

The used API commands can be found in the Periodic Advertising User's Guide.

To try this example, you need two radio boards, one for the advertiser side and one for the scanner side.

After flashing the applications to the devices, connect to the devices with a terminal program (such as TeraTerm) using the virtual COM port (JLink CDC UART), and reset both devices. On the logs you should be able to observe that that devices are sending and receiving periodic advertisements after the scanner synced on the advertiser. The advertiser changes the content of the advertisement every second, which can be observed on both sides. 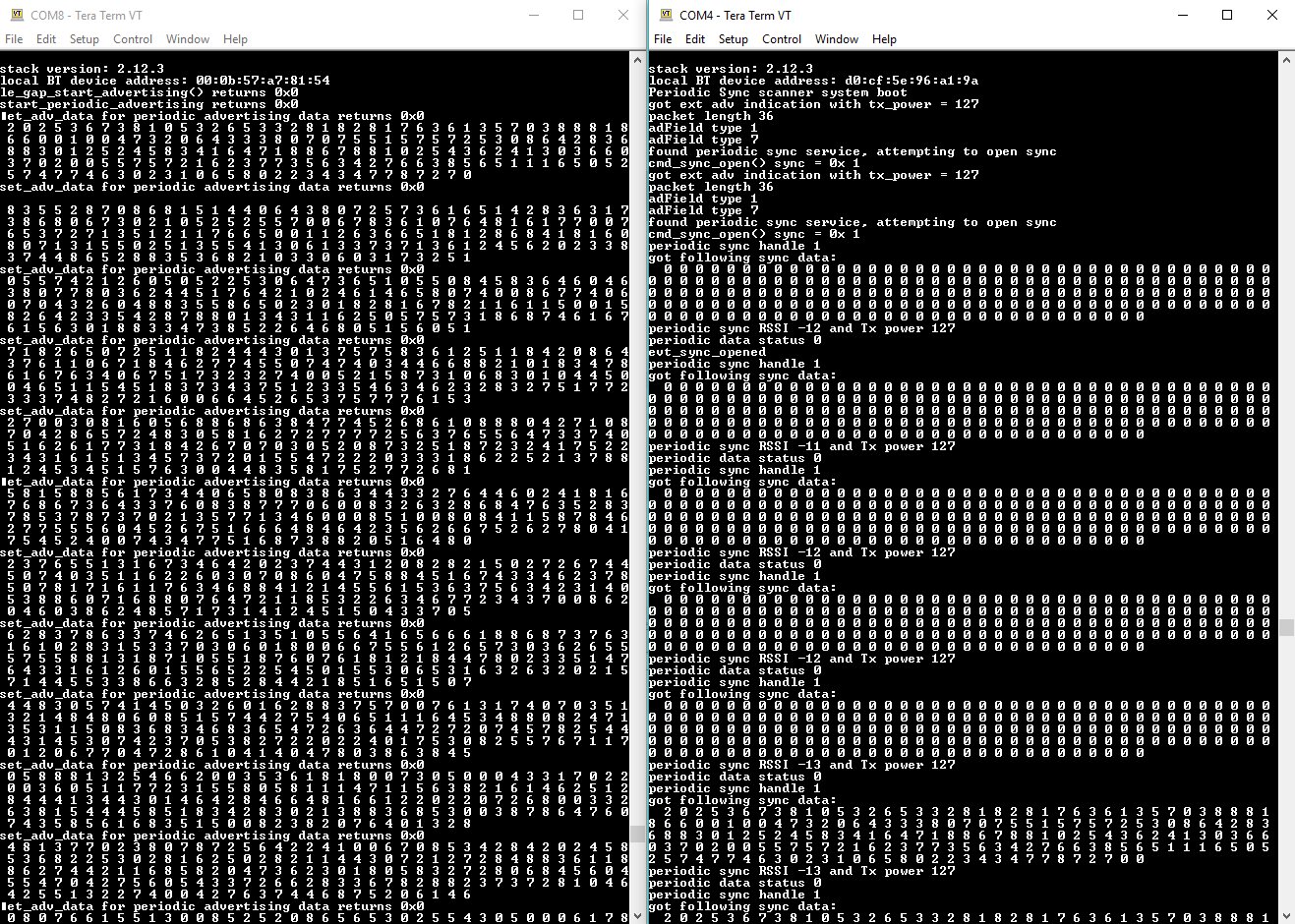 Logs of the advertiser and the scanner

Use the energy profiler in Simplicity studio to evaluate the current consumption. The scanner goes into energy saving mode and wakes up every 200 ms to receive sync packets from the advertiser. The advertiser sleeps when not advertising, as shown in the figure below.