This document describes two scenarios that can occur after a bond has been established between a smartphone and a Bluetooth-Capable EFR32.

Case 1: Bonding keys are deleted from the smartphone.

Case 2: Bonding keys are deleted from the EFR32.

Disclaimer: This document and the sample application attached with it is to be used for information, reference about the topic and testing. It is not in any way production ready code. The use of the code will be at your own risk.

Master: A smartphone with the EFR Connect app

Slave: An EFR32 Radio board (a BGM module in this case, it supports LE secure connections) (Programmed with Bluetooth SDK 2.11)

The following are the most relevant BGAPI commands used in the sample code attached with this KBA.

More details of all these commands can be found in Bluetooth API Reference guide.

According to our observation, Android OS treats pairing and connecting as two separate events. Pairing is optional if your GATT database does not contain any characteristic that requires encryption or bonding. You can connect, not pair and still be able to read and write other characteristics. A connection made between the EFR and Smartphone is security level 1. When paired, security level increases to 3 or 4 depending on Legacy or Secure connections respectively. 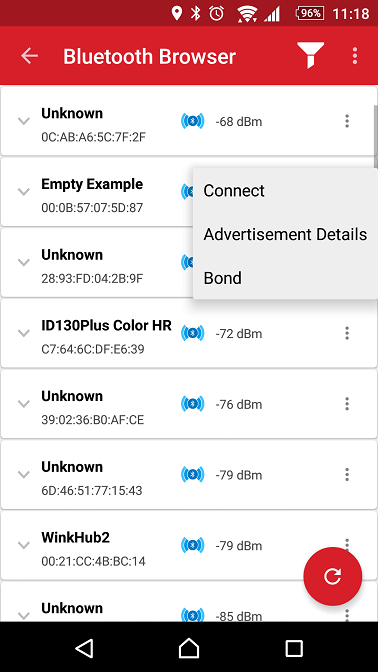 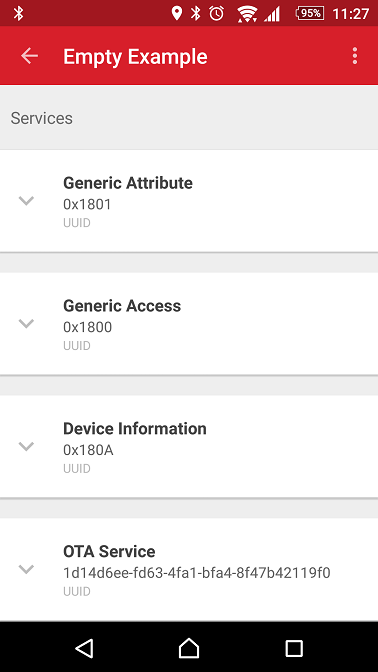 Figure 2: Connected but not Bonded to the EFR 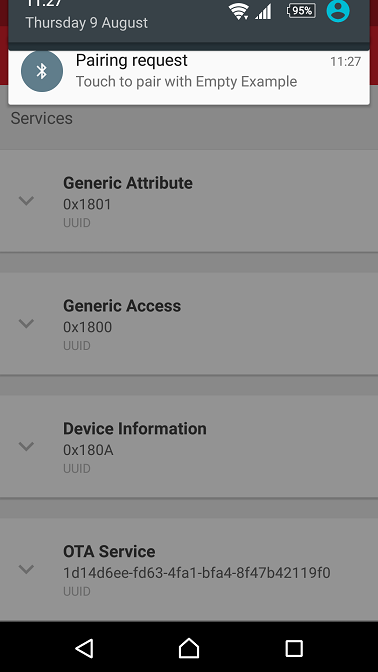 iOS actively asks for a pairing request if your GATT database contains any characteristic that require encryption or bonding because it reads all the characteristics as soon as you connect a device. As a result, you receive an active pairing request while setting up a connection. The request is initiated with security level 1 but is increased up to level 4 once a bond is created successfully. 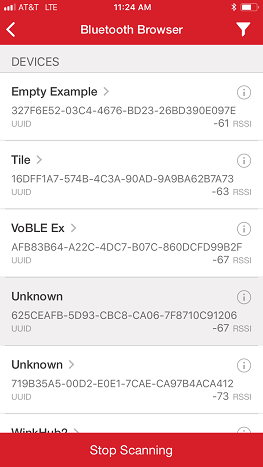 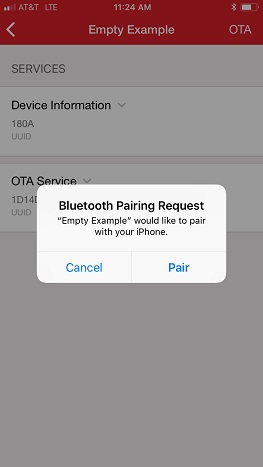 These observations are for the flags set to values as mentioned above. These will vary based on the values and device capabilities as mentioned in Using Bluetooth Security Features in Silicon Labs Bluetooth SDK.

Scenario 1: Bonding keys are lost on the smartphone.

iPhone: A new pairing request is initiated with a request to enter the passkey. Upon successful pairing, security Level_4 is achieved. The EFR overwrites the existing bonding keys.

Scenario 2: Bonding keys are lost on the EFR.

​ * This behavior can change based on your phone/Android version and hardware configurations of your phone.

The sample application attached with this document demonstrates these mechanisms for handling missing bonding keys on both sides. Create the project following the instructions in the attached readme file and flash it to a WSTK. This example prints to the WSTK VCOM so connect a terminal to the WSTK's COM Port on your PC to see the messages.

Contribution credit: The example code attached with this KBA is based on the work of Théo Meyer from www.strataggem.com