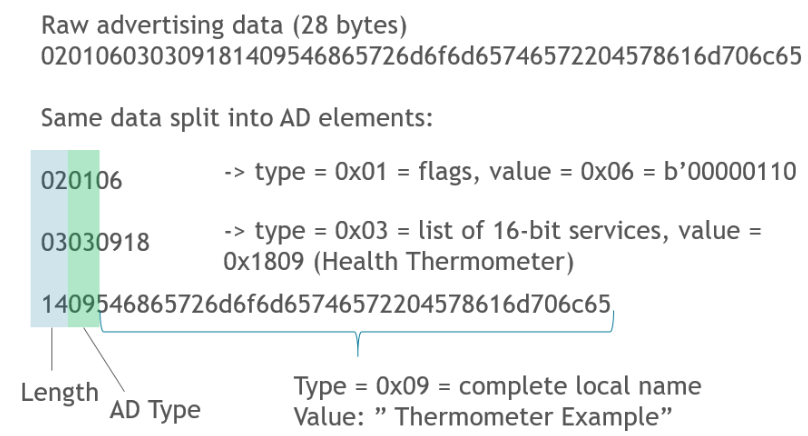 The second element includes a list of adopted services (16-bit UUID). In this case, only one service (Health Thermometer, UUID 0x1809) is advertised. Note the reversed byte order (multibyte values in BLE packets are in little-endian order). A complete list of the adopted service UUID values can be found at: https://www.bluetooth.com/specifications/gatt/services 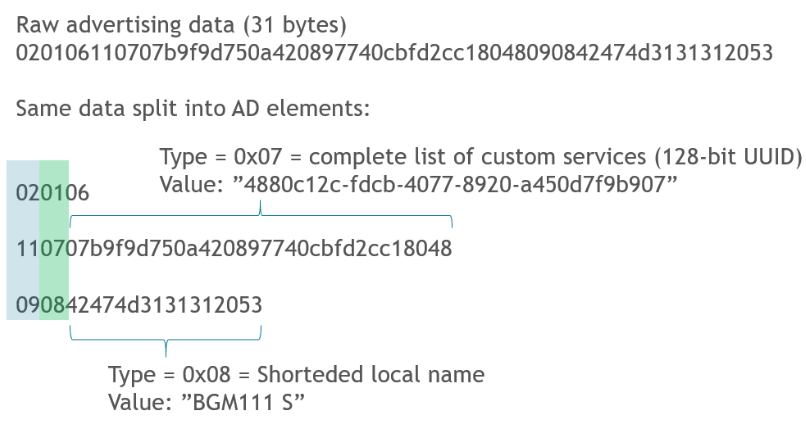 In the second example, the advertising payload has the maximum length i.e., 31 bytes. It is split up into individual AD elements in the same way as in the first example.

The logic how the advertising data is automatically filled is described in the API reference manual (commands le_gap_start_advertising and le_gap_bt5_set_adv_data). For details, see the Bluetooth API Reference Manual.

The second option to set advertising data is more flexible because it allows the application to have full control over data that is included in the advertising payload. This is especially useful if the application needs to advertise manufacturer-specific data. Note that a dedicated AD Type 0xFF is reserved for proprietary data.