You are viewing documentation for version: 5.11.0 | Version History

A TCP/IP stack is divided into layers of same functionality. Each communication protocol belongs to one of the layers. Table - Network Layer Model in the Network Overview page shows the different layers of the TCP/IP model and also the OSI model. At the right, a list of the protocols associated with each layer that the Micrium OS Network module supports. 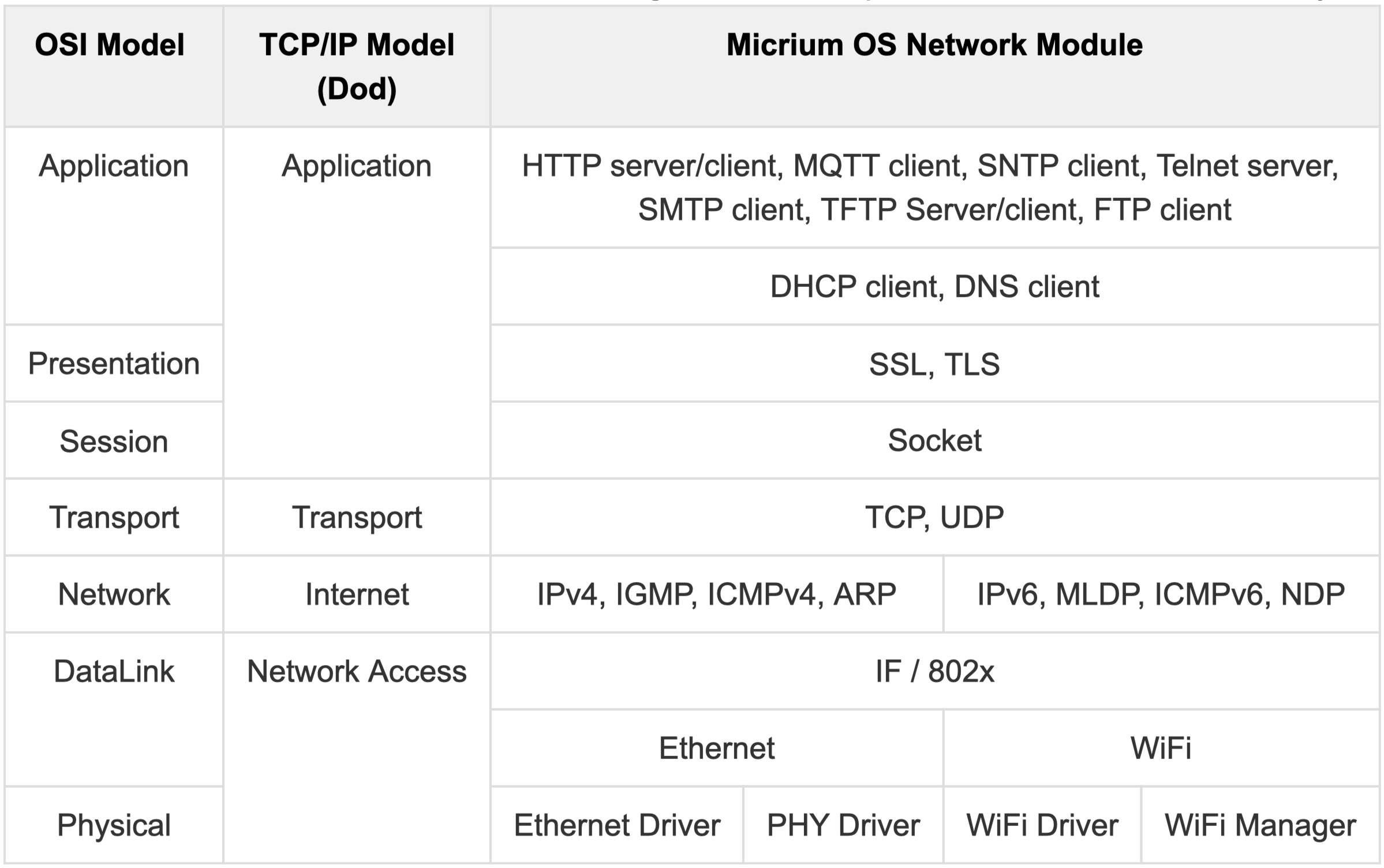 Here is a list of the network protocols and their corresponding RFC that the Network module supports. 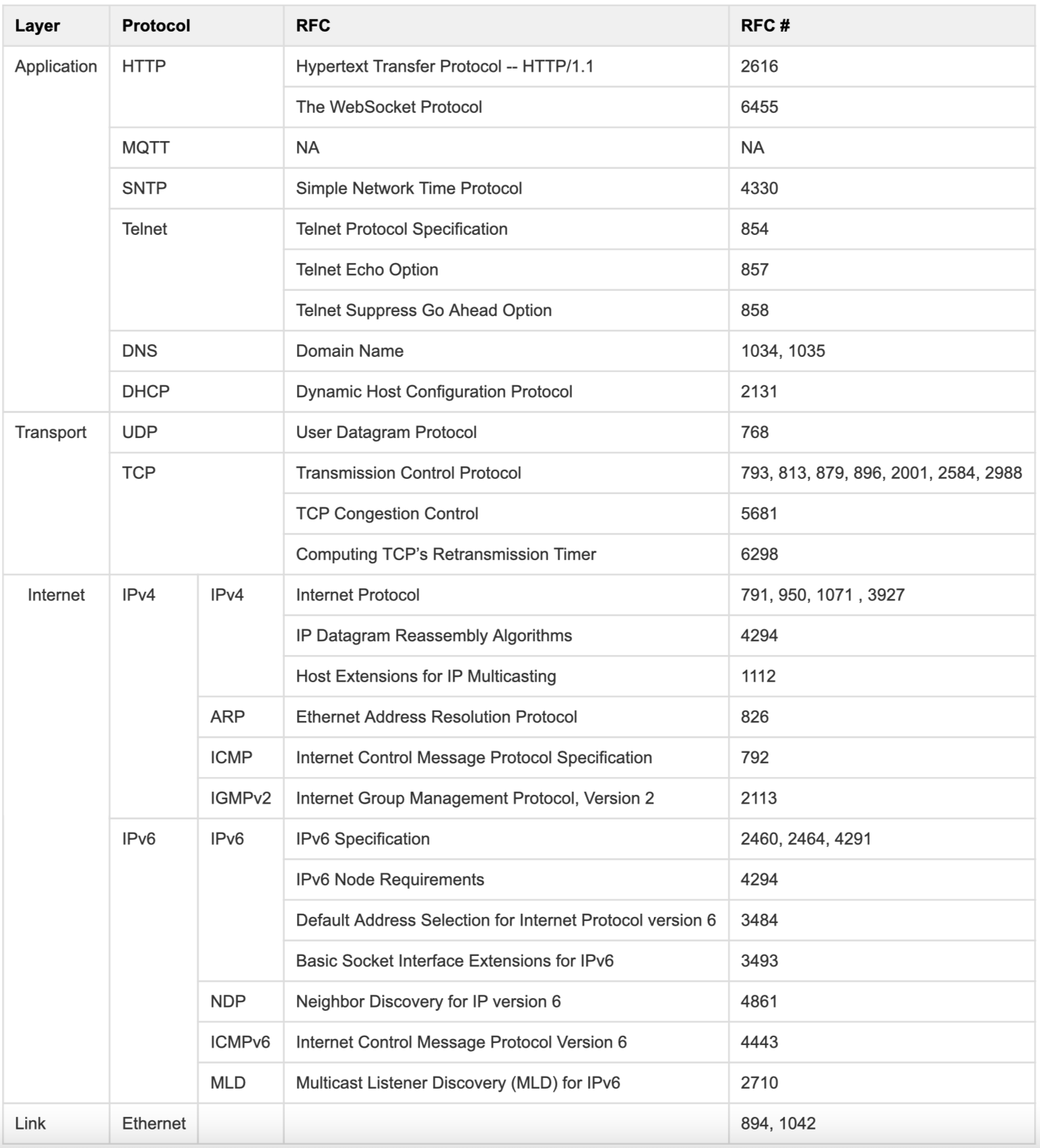 Also, WiFi interfaces can be used as long as the device implements by itself IEEE 802.11. Basically, the network stack only sends some commands to the module to scan for wireless networks, join or leave a specific network. The WiFi module must be able to encrypt and decrypt by itself all the network data. The network data between the host and the wireless module is transferred using IEEE 802.4. Currently, only SPI is supported as a communication bus between the host and the wireless module.

The user application interfaces to the Micrium's network stack via a well known API called BSD sockets (or our native socket interface). The application can send and receive data to/from other hosts on the network via this interface. Many books and tutorials exist about BSD sockets programming, mostly the concepts explained in those can be applied to Micrium OS Network module socket programming.

*WiFi module must embed 802.11 protocol (Authentication, Encryption, etc.). It must be possible to bypass the module's TCP/IP stack.

For more information on the specifications and limitations of the available network applications, refer to the following sections: