You are viewing documentation for version: 2.0 | Revision History

Getting Started with RS9116 EVK and WiSeConnect™

To get started with app development on a host MCU using the RS9116 Simple API (SAPI), refer to Using RS9116W with STM32.

STEP 1. Download the WiSeConnect™ Software Driver Package
STEP 2. Unzip the software package to the PC location of your choice.

Note! If you experience a Path too long error during the unzip process you should change the PC location to reduce the base path length or use 7-Zip to uncompress the software package.

STEP 1. Connect the EVK to a PC using the USB interface labeled UART as identified below. There are several USB interfaces on the RS9116 EVK however, for the purposes of basic evaluation using a PC, only the UART port is required. 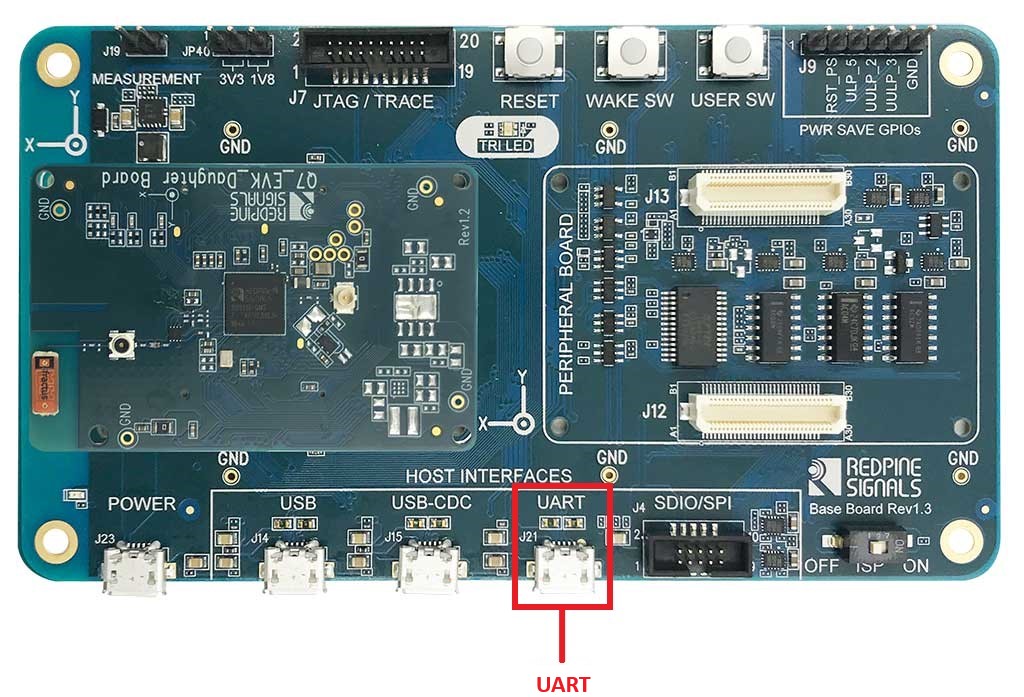 NOTE! There are several version of the RS9116 EVK. Your EVK may look slightly different than the image above but the steps in this guide will remain the same. 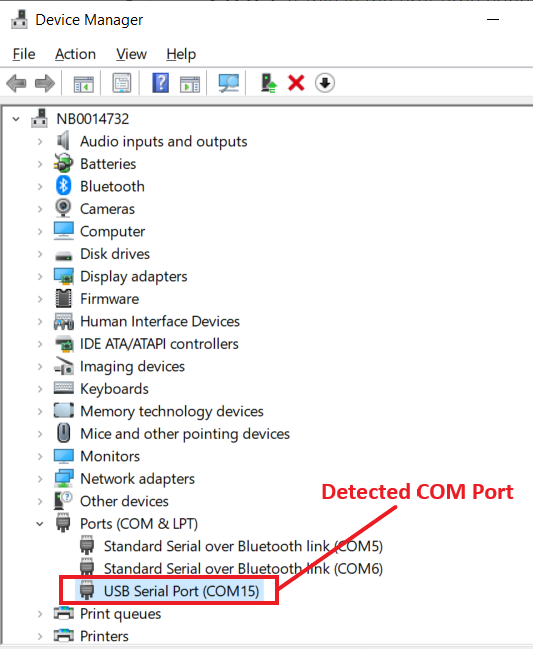 The RS9116W firmware must be loaded from flash into the device upon power-up or reset. This action is performed via the bootloader menu as described in the following steps.

The console displays the bootloader menu after the characters |UU (highlighted in yellow) in the following example.

STEP 2. Press 1 to load the default firmware. The console displays Loading... followed by Loading Done as shown in the following example. Note that the yellow highlighted 1 is shown twice because both Tera Term and the RS9116 bootloader echo any character typed.

STEP 3. Query the version of the firmware by typing the command at+rsi_fwversion? as shown by the yellow text in the following console example.

STEP 4. If the reported firmware version is older than the latest version available in the \firmware directory of the WiSeConnect software package, we strongly suggest updating to the latest firmware. For update instructions see, Updating the RS9116W EVK Firmware

The following text describes how to run the Wi-Fi Station Mode script. For a description of each of the other scripts, refer to the RS9116W EVK User's Guide

Before continuing, ensure the RS9116 EVK is plugged into your computer and TeraTerm is connected.

STEP 1. Reset the RS9116 EVK, then in the Tera Term menu select Control->Macro. 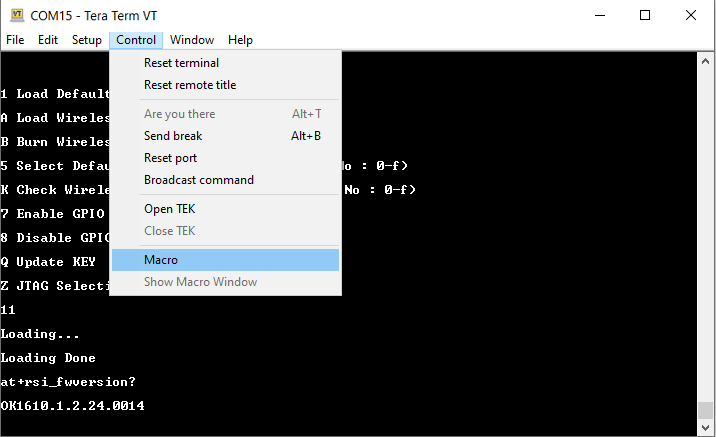 STEP 2. Navigate to the folder ./RS9116.NB0.WC.GENR.OSI.x.x.xx/utils/scripts/teraterm_ttl_scripts which contains the example scripts and select the file station_mode.ttl`. 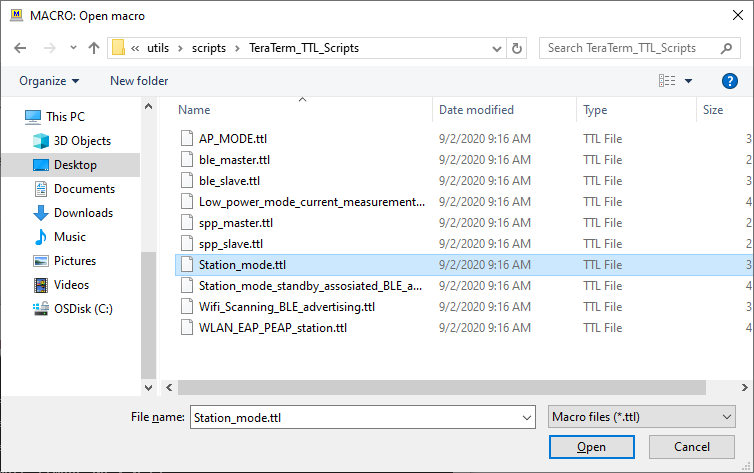 STEP 5. Enter the network name (SSID) of the Wi-Fi access point you wish to connect to. 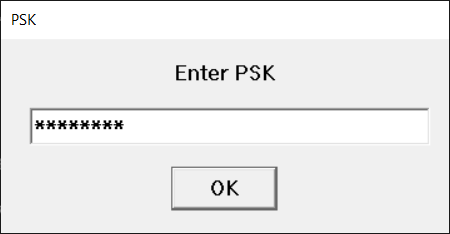 STEP 7. After successfully joining the network, several status boxes are displayed. Take note of the IP address and port # displayed, this information will be used in the following steps**. 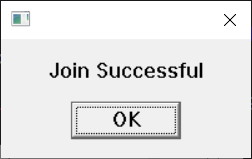 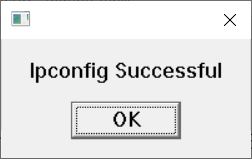 STEP 8. In the Tera Term menu, select File->New Connection... then enter the IP address of the EVK, select the Telnet service and enter the TCP port #. 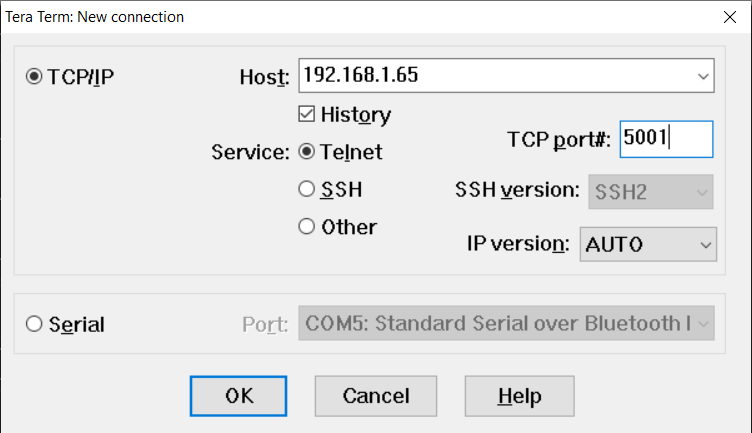 STEP 9. A new Tera Term window opens with a TCP connection to the device. Commands typed in the new window appear in the UART console as shown below.