You are viewing documentation for version: 5.5.0 (latest) | Version History

Projects are built with the toolchain defined when the project was created, and using the active configuration. Project files must be generated before you can build the project.

Progress is shown in the lower right of the Simplicity IDE perspective.

Speed varies depending on your system, number of projects, and other factors. Be sure that generation and indexing complete before building the application image.

The result of the build is a compiled application known as a firmware image or binary. The binaries are physically located in a directory named for the compiler used to generate them, and are also shown as a 'binaries' group in project explorer. Right-click a binary for a context menu from which you can debug, flash, and perform other functions.

The binaries generated depend on both the SDK and the target device. For example, the Keil® 8051 compiler for an 8-bit device generates:

See your SDK's quick-start guide for more stack-specific information about building and flashing. 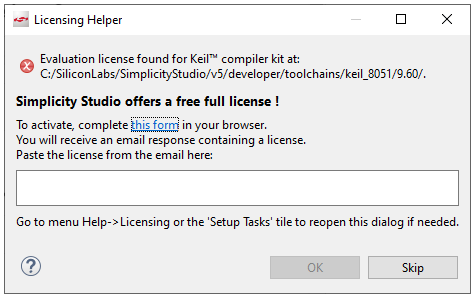 You can also add your own toolchain, for example IAR-EWARM. IAR is required for some projects, such as the Zigbee Dynamic Multiprotocol and Micrium OS examples. However, you must use the version specified in the SDK release notes front page under compatible tools. See your SDK's quick-start guide for information on how to load a compatible version and obtain a free evaluation license. SSv5 provides an integration package for IAR, so that you can use that tool within SSv5. 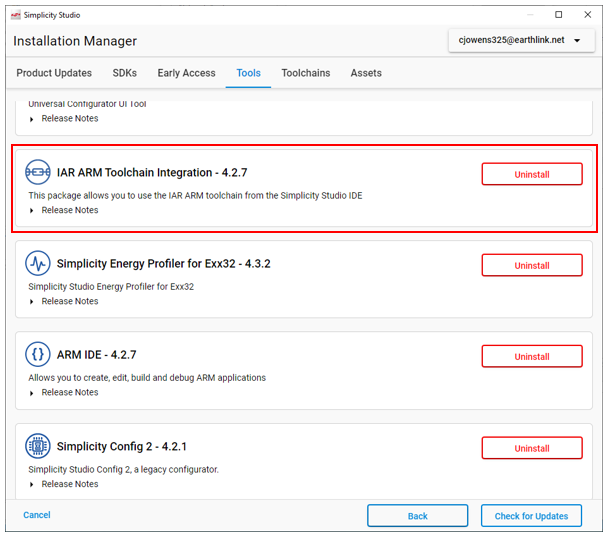 Projects use the toolchain selected at the time of project creation. The selection is available on the first of the three New Project Wizard dialogs. 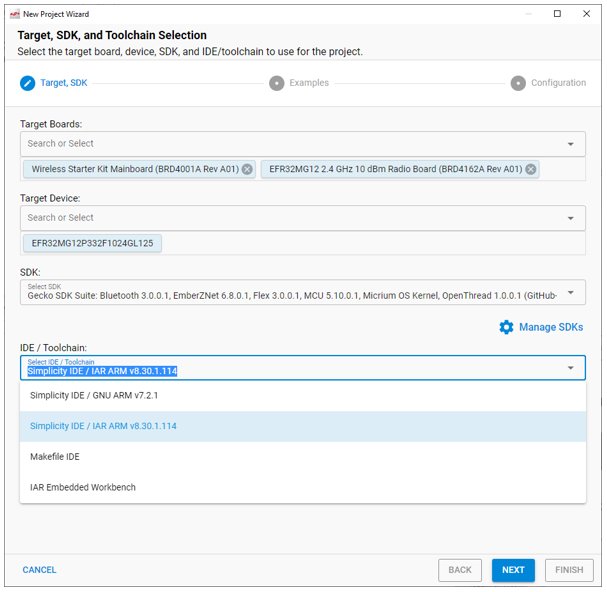 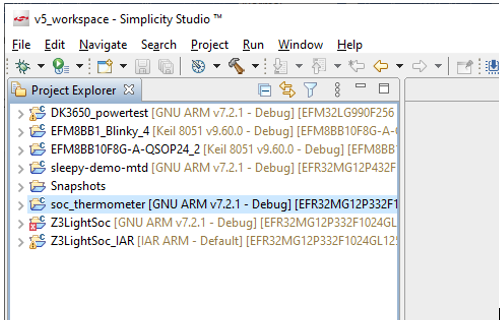 If more than one toolchain is available, you can configure which are presented as options when creating a new project. In the Preferences filter field type toolchain. Uncheck the ones you do not wish to display. You can also completely remove toolchains, or add new toolchains through this dialog. 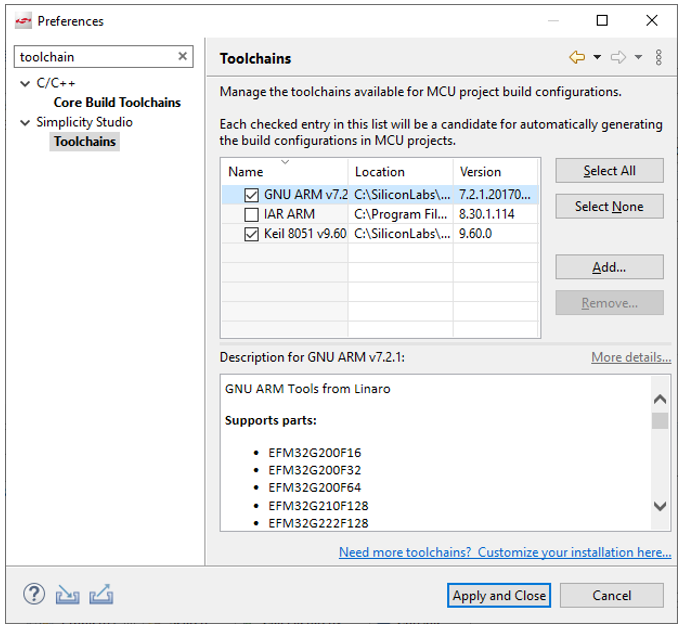 Right-click the project directory and in the context menu select Build, or click the Build (hammer) button on the Simplicity IDE perspective toolbar to build a project with its toolchain and the active build configuration.

If the Build button is not enabled, make sure you have a project directory or file in the directory selected.

The Debug button's drop-down menu allows you to select the project in your workspace you want to debug.

If you have a lot of projects use Organize Favorites to select favorites and organize them. These projects then appear at the top of the selection list with other projects below a demarcation line. 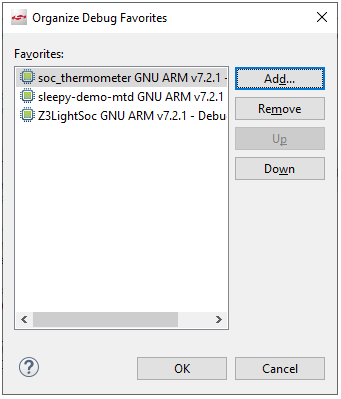 Select Debug Configurations to open a tabbed set of configuration option dialogs. If you click Debug, the build and flash process will proceed with the options you selected.