You are viewing documentation for version: 5.2.0 (latest) | Version History 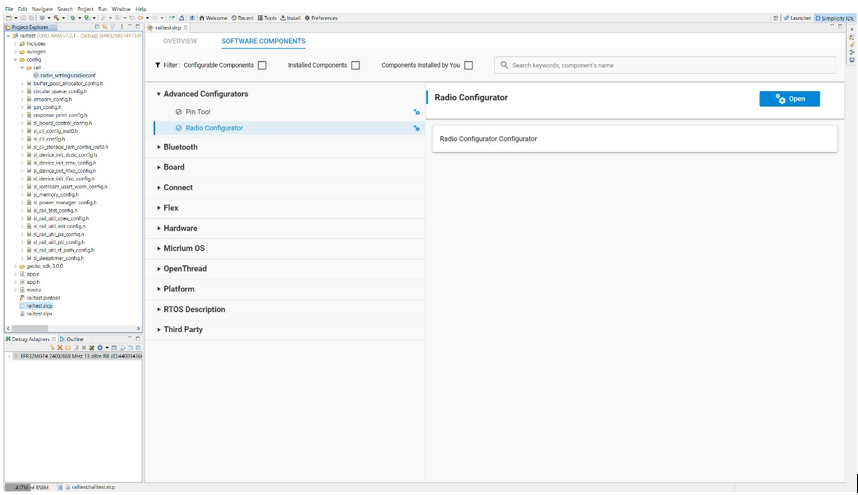 Radio configuration information is organized by profile, where a profile is a high-level view of the parameter set valid for and describing a given radio link. All the parameters in the Radio Configurator are arranged in tiles, some of which are grouped together. Each card contains entries that logically go together. Different radio profiles (as described under Protocol) offer different views and parameter sets. 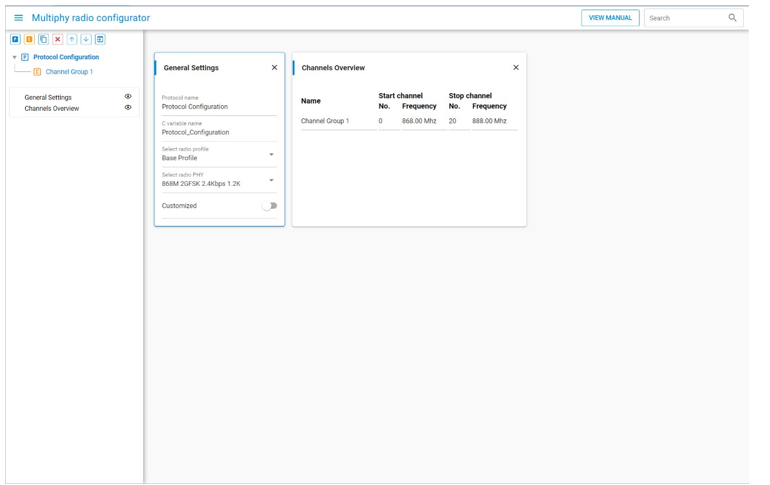 Protocols are complete radio configurations that can be switched using the RAIL_ConfigChannels() API, or can be used in Dynamic Multiprotocol applications. For Channel Group definitions see Channel Groups.

To configure a protocol, first select a predefined PHY configuration, then customize it to meet your needs. 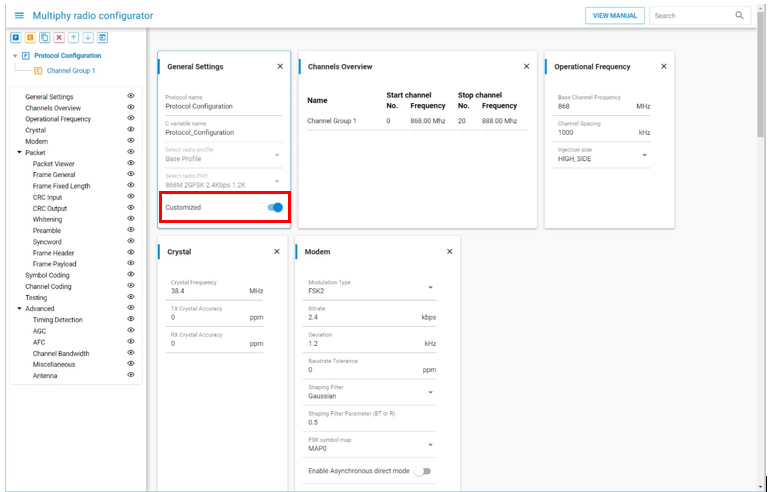 Based on the selected radio profile, customizable options may be restricted. For example, if a radio profile is selected that is bound by a standard, the profile options only allow users to set the base frequency. All other options are preset according to the standard.

For more on Multi-PHY configuration, see the example in AN1253: EFR32 Radio Configurator Guide for Simplicity Studio 5. 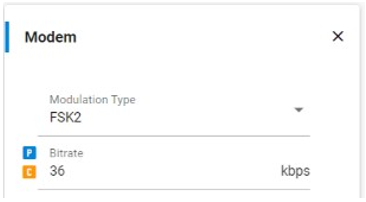 Each input field has an Information icon next to it, which opens the embedded version of AN1253: EFR32 Radio Configurator Guide for Simplicity Studio 5 at the relevant section. You can also reach the documentation by clicking View Manual in the top right corner of the perspective.

On save the Radio Configurator generates rail_config.c and rail_config.h in the project's autogen directory. These files are also generated when a project is created.