Create a Simplicity Studio® 5 (SSv5) project for an 8-bit target by selecting a target device, and then selecting an example, as described in Starting a Project. An extensive list of examples is provided for most Silicon Labs EFM8 and C8051 devices. These examples contain configurations specific to each target device. 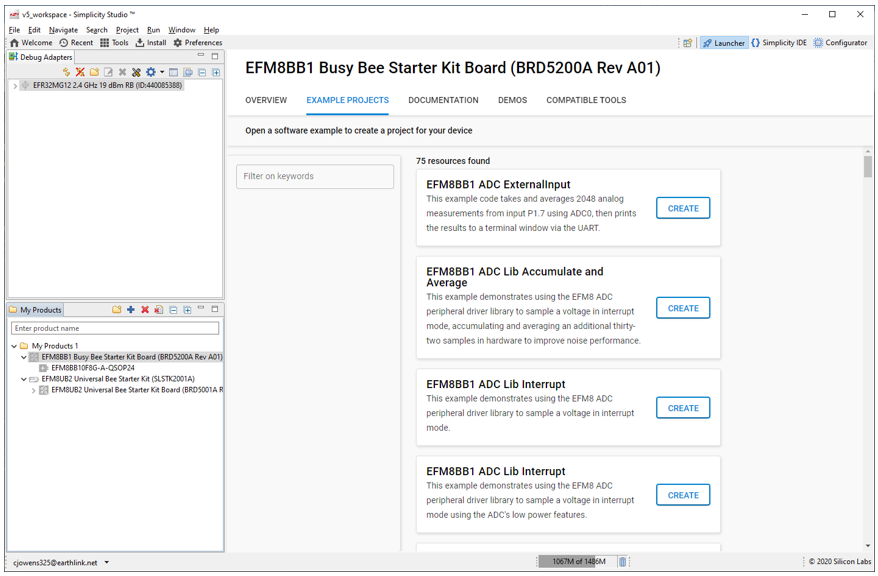 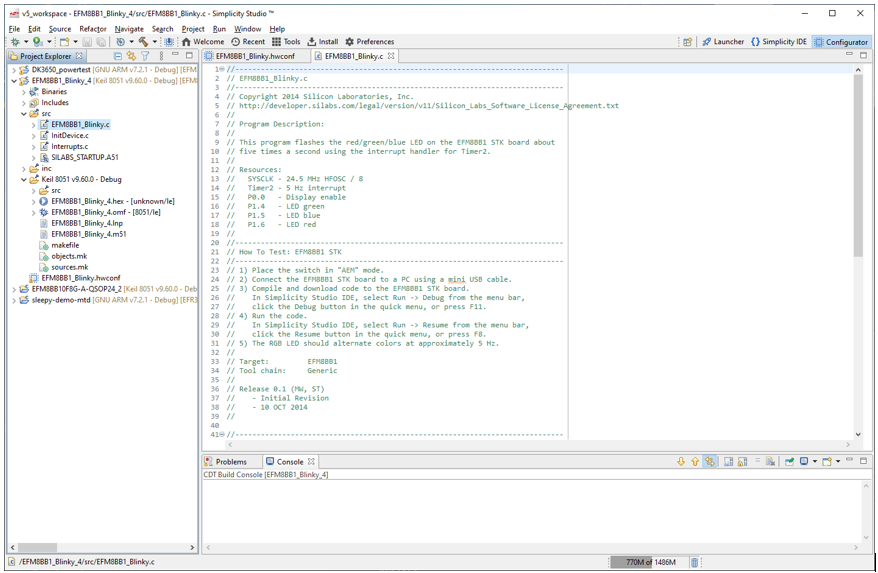 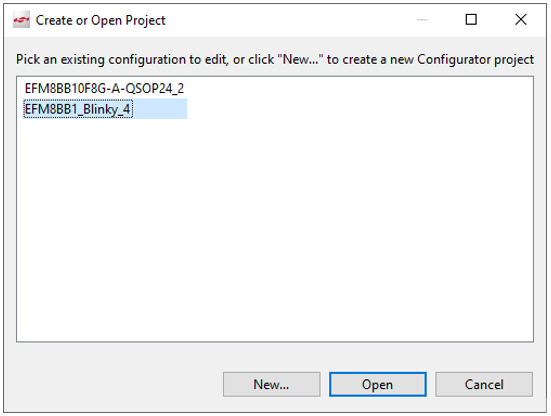