Note: if you have an SD card version 2.2, please use this documentation (the version is printed on the SD card's package) 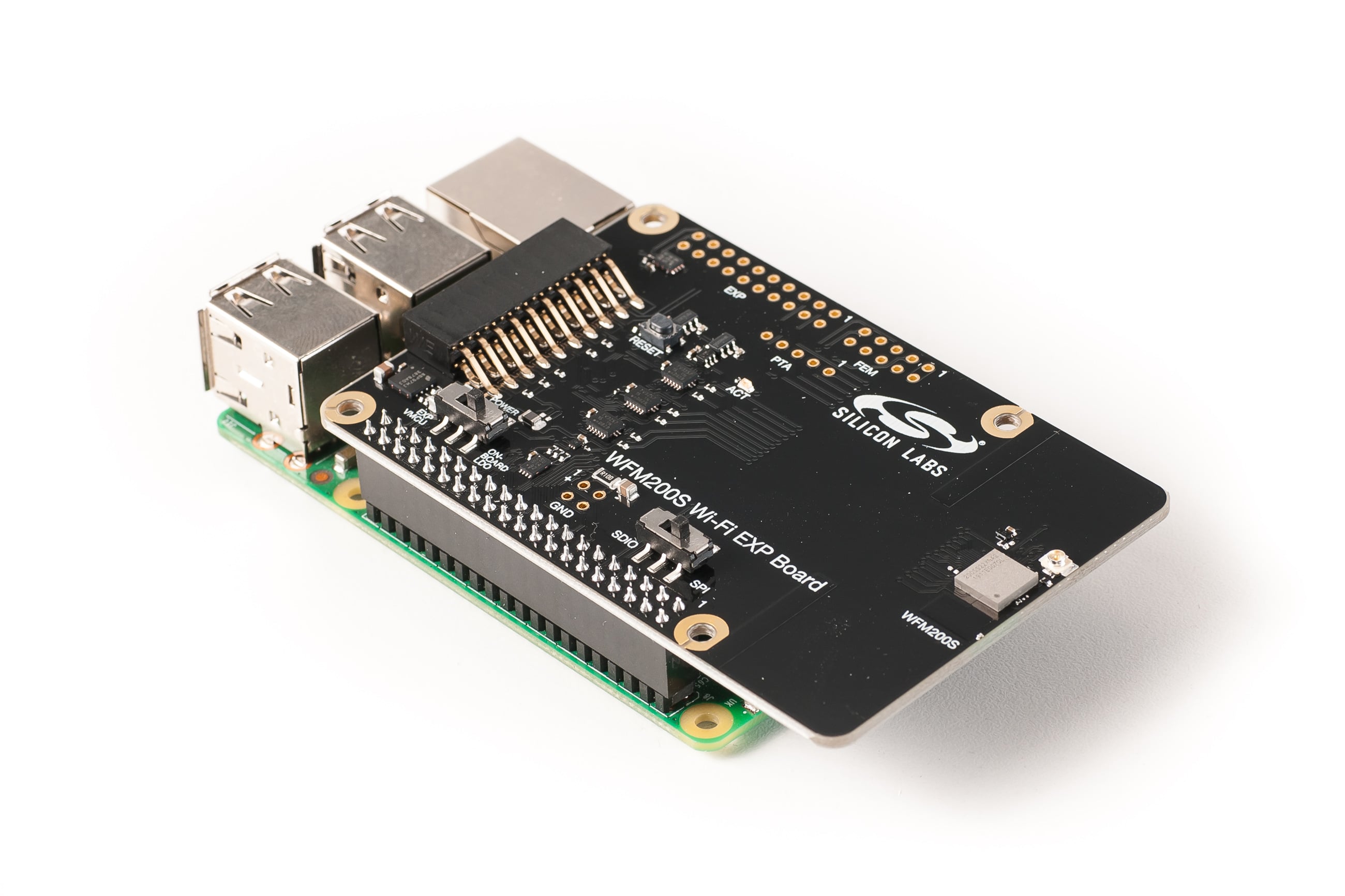 This document describes how to connect the WF(M)200 Wi-Fi EXP Board to a Raspberry Pi and run a demo.

To properly use the example you need the following hardware: 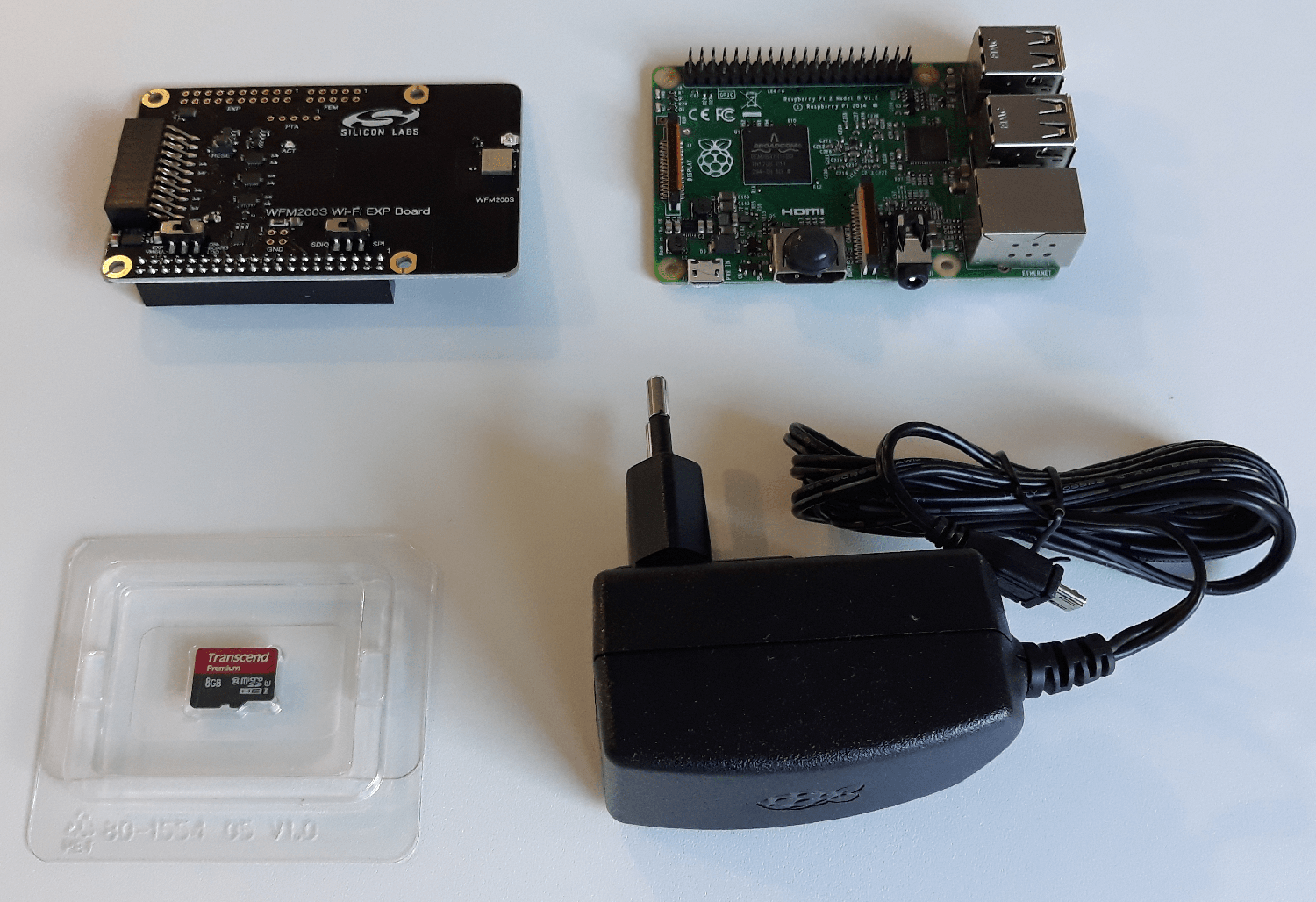 For initial demonstration purposes, no software is required except the SD card delivered with the kit.

Set up your Kit

Once you have the above resources, follow the steps described below (you can refer to the image below): 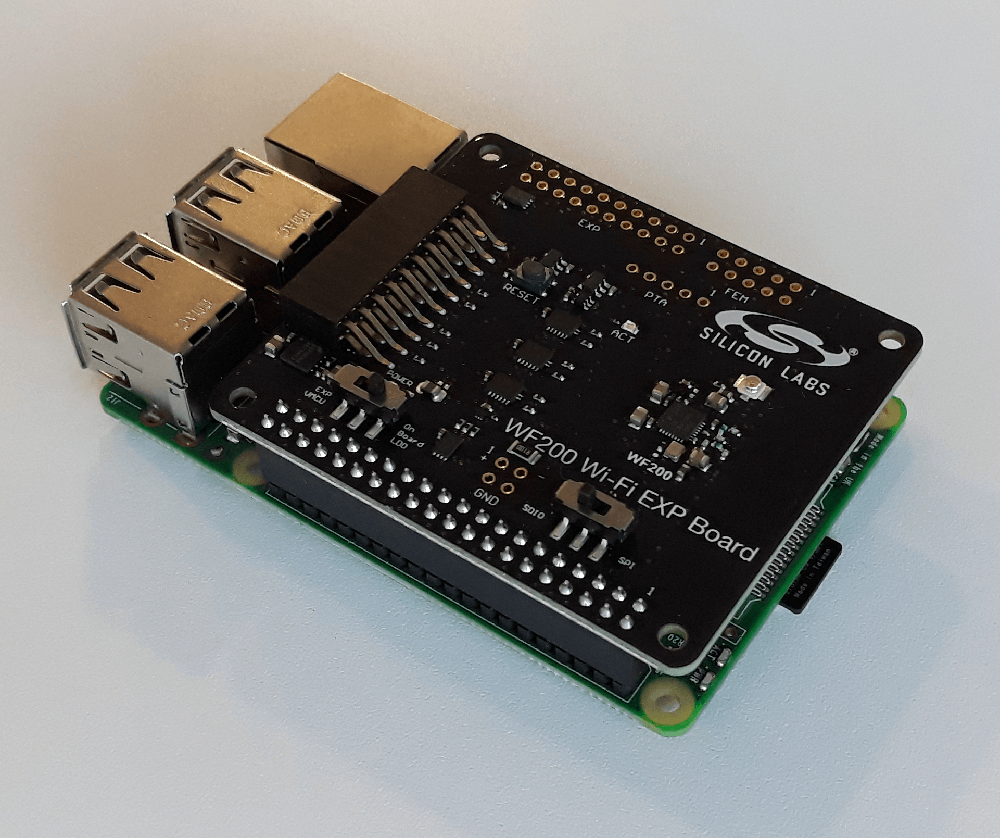 Since the SoftAP credentials are publicly documented in the following pages, refer to our security notice. 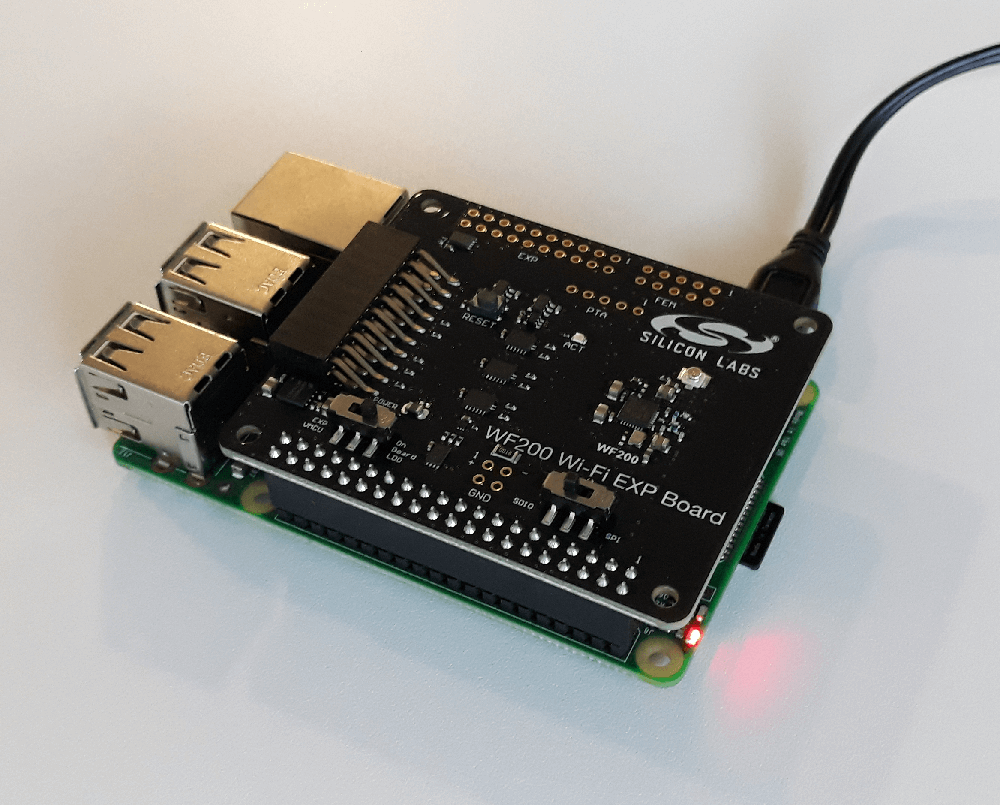 The Raspberry Pi will boot and start the SoftAP.

Note: On the very first boot, make sure to leave the Raspberry Pi powered for at least 1 minute, since it will automatically expand the file system to take advantage of the entire SD card capacity.

You're ready to move to the demonstration matching your SD card version: